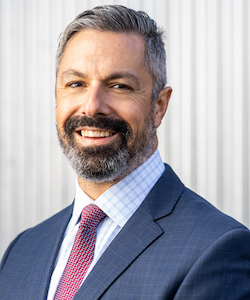 Jason Levy is a Trial Lawyer who brings years of personal injury litigation experience to Cook, Bradford & Levy, LLC. He has handled a numerous jury trials in a wide range of cases including auto accidents, premises liability, and workplace harassment. He has conducted trials in state and federal courts, as well as mediations, arbitrations and administrative hearings.

Mr. Levy ran his own busy personal injury litigation practice in Baltimore, Maryland for five years before relocating to Colorado where he worked at one of the larger Personal Injury litigation firms. In 2017, Mr. Levy joined Mr. Cook and Mr. Bradford to open Cook, Bradford & Levy, LLC to serve Boulder County and beyond.